Hollywood likes to remake movies, and if you’re like me, you like to watch them! This film is no exception, highly anticipated, and sure to be a blockbuster. The best place to watch it is probably at the El Capitan theater in Hollywood to get the full experience; I suggest you watch it in 3D. 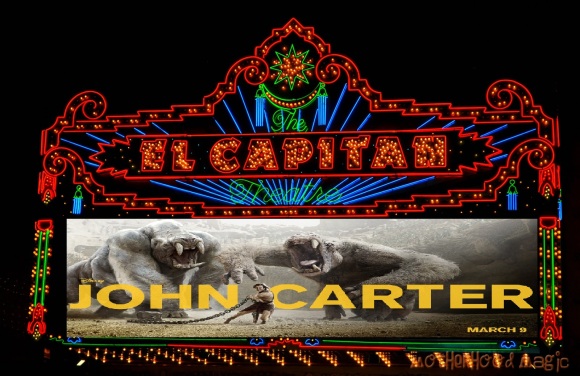 From Academy Award-winning filmmaker Andrew Stanton comes John Carter – a sweeping action-adventure set on the mysterious and exotic planet of Barsoom (that’s Mars). The film tells the story of war-weary, former military captain John Carter who is inexplicably transported to Mars where he becomes embroiled in a conflict of epic proportions amongst the inhabitants of the planet, including Tars Tarkas and the captivating Princess Dejah Thoris. In a world on the brink of collapse, Carter rediscovers his humanity when he realizes that the survival of Barsoom and its people rests in his hands. Super heroes have it rough, Cater especially; good looks, women, and the ability to breath on Mars. 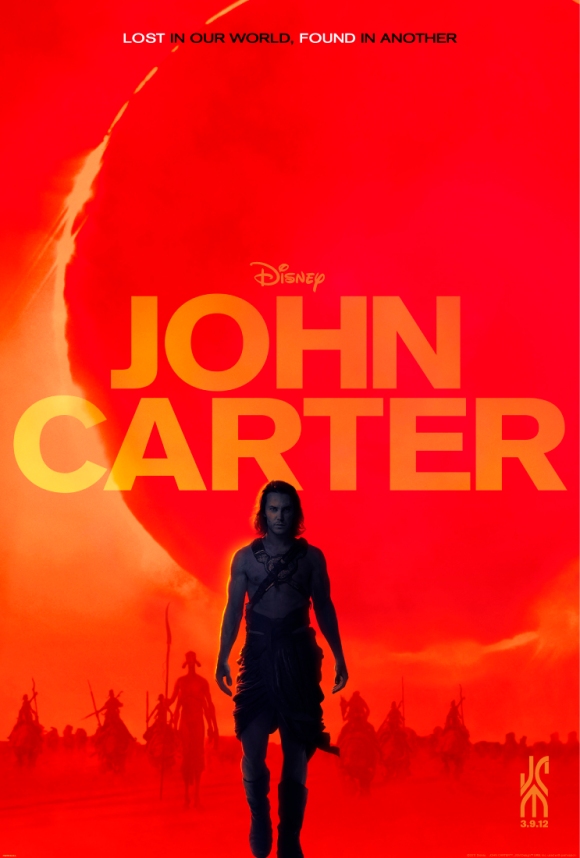 John Carter may be new to cinema but is actually based off a century-old series of books by Edgar Rice Burroughs (yep the guy that wrote Tarzan), who’s highly imaginative adventures have served as inspiration for many filmmakers, both past and present. John Carter is a testament to the sci-fi genre. It’s a fantastical family adventure with the sheer scope of a film like Star Wars; with its vast sets and hordes of extras, infused with extravagant space battle scenes. The effects are first-rate. The green Martians, with their multiple arms and elongated heads, are the new “Avatars.” Here you can see the set of a scene out on the deserts of Utah. 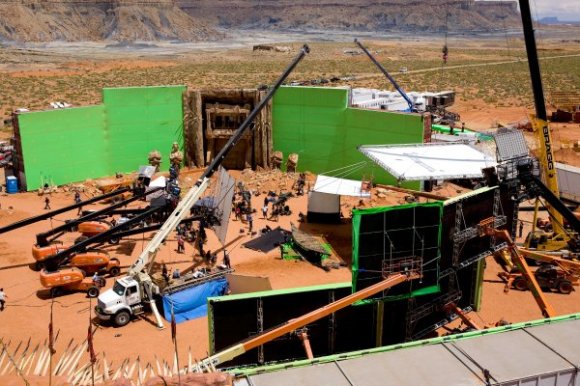 Stanton turned to digital effects, some imposing sets (such as the Ancient Ruined City that was built of plaster in Los Angeles and shipped to Utah seen here) and terrain near Lake Powell where time, wind and water have sculpted a mineral skyline that was once beautiful and eerie. With John Carter, Stanton is trying to deliver a crowd-pleasing adventure that can live up to a production budget that reportedly finished somewhere north of $250 million. 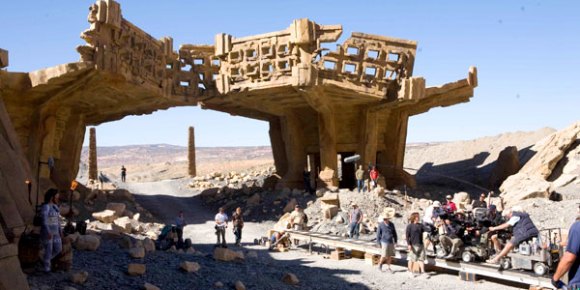 After the movie, visit the exclusive collection of props, set pieces and costumes direct from the movie! 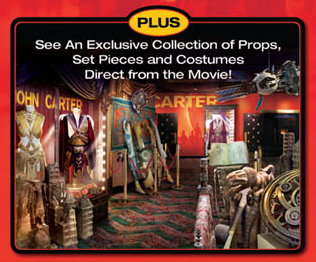 For a preview of the film, grab some popcorn and watch the trailer here.

What are your thoughts on this epic film and are you going to watch?