Big hair and rock ballads are back! At least for a week with Broadway’s smash hit musical, Rock Of Ages. I had the opportunity to attend the show and have to admit; I sang along to almost every song and laughed throughout the show.

Rock Of Ages combines comedy and musical theater to tell the story of two love struck kids trying to make it big in Hollywood. The cast and live band pull off a face-melting performance sure to take you back to the 80’s. The show takes place at the famous Pantages Theatre in Hollywood; parking was easy to find and the theater offers drinks and snacks. 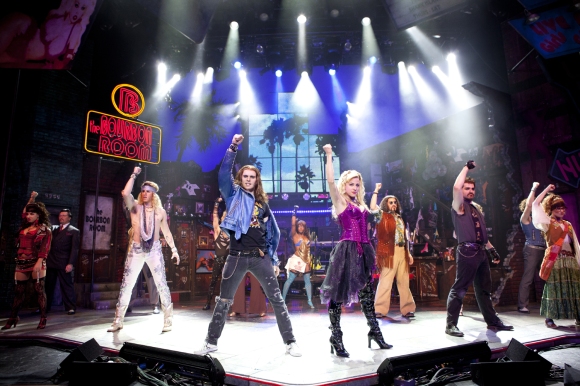 Los Angeles paints the backdrop for Rock Of Ages both on stage and throughout its development. The show started at the King King club in Hollywood in 2005. After playing four shows over two days, the show then played one show at the Warner Brothers soundstage. In 2006, the show premiered at the Hollywood nightclub, The Vanguard, where it played for six weeks. The show is now a five-time Tony Award nominated headliner that serves up some dirty Steel Panther humor and rad guitar shredding from the live band. I was still singing “Don’t Stop Believing” as I walked down Hollywood Boulevard leaving the theater. 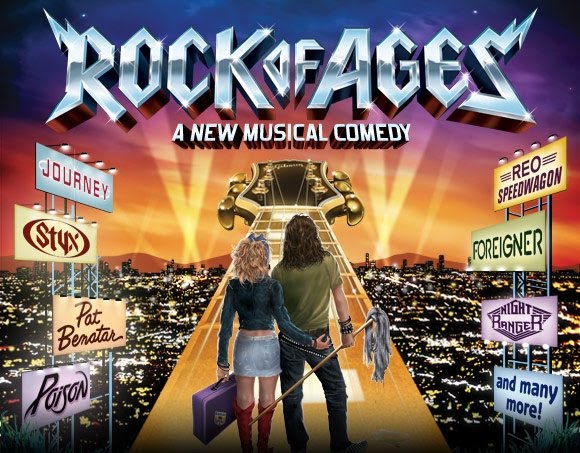 This is a hilarious, feel-good love story told through the hit songs of rockers like Journey, STYX, REO Speedwagon, Foreigner, Pat Benatar, Whitesnake, and many more. I highly recommend this show and will attend again.