Harmony is inspired by the true story of The Comedian Harmonists, six young men in 1920s and 1930s Germany who rose from unemployed street musicians to become world-famous entertainers, selling millions of records, starring in over a dozen films, and selling out the most prestigious concert halls around the world. Yet while The Comedian Harmonists’ sophisticated music, paired with hilarious comedy, made them the brightest of stars, the group’s mixture of Jews and non-Jews put them on a collision course with history.

Their amazing story inspired longtime collaborators, the legendary Barry Manilow and theatre veteran Bruce Sussman, to create a spectacular new musical with an original score that celebrates this extraordinary group of friends and ensures their quest for true harmony in the most discordant chapter of human history will never be forgotten. “We are both thrilled to finally return to our first love–writing a musical together. Especially this one,” Manilow and Sussman shared. “It has been an indescribable honor to spend all this time in the company of these six extraordinary men.” 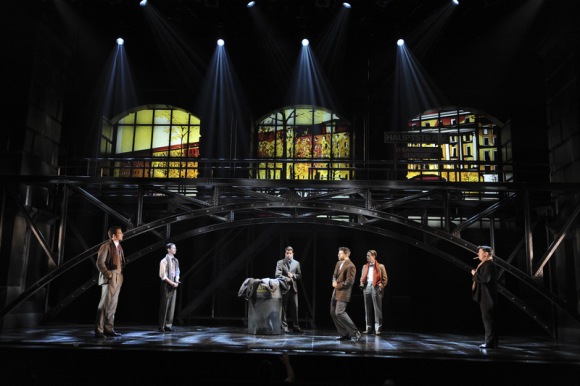 The Ahmanson Theatre is one of the four main venues that comprise the Los Angeles Music Center.The Ahmanson has the largest theatrical season-ticket subscription base on the West Coast. Its year-round season begins in early fall and lasts through late summer.

2 responses to Harmony: A New Musical