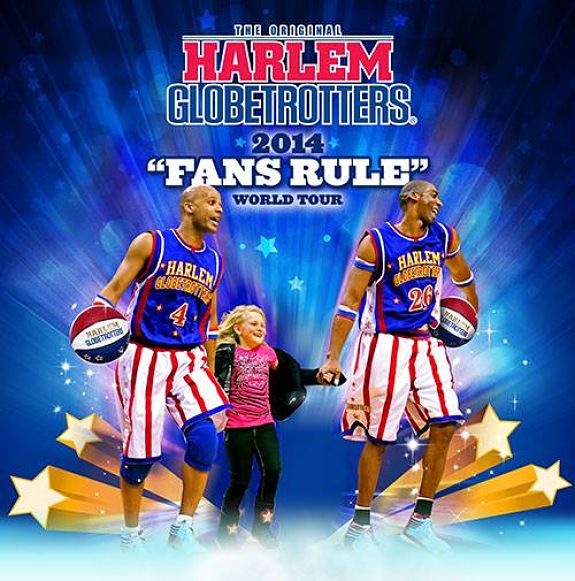 The Globetrotters were the first organization in sports and entertainment to let fans vote on rules when the team introduced the concept last year.  Revised, and with a major twist, online voting is now open here, where all fans can choose which new game-changing rules they want to see in their hometown.

With a roster showcasing stars such as Special K Daley, Big Easy Lofton, Flight Time Lang, Hi-Lite Bruton, and Dizzy Grant – plus female stars TNT Maddox, T-Time Brawner, and Sweet J Ekworomadu – the Globetrotters’ one-of-a-kind family show features mesmerizing ball handling, an assortment of trick shots, high-flying dunks, and precise timing – all with an array of comedy guaranteed to entertain the young and the young at heart. After virtually every game, Globetrotter stars remain on the court for autographs and photographs with fans.

A collaboration with METRO allows riders to save $5 on select tickets by showing their valid TAP card, Metro employee ID at the box office, or use the promo code: METRO when purchasing tickets online.

The Harlem Globetrotters return to Los Angeles for another action packed game of street basketball at the Staples Center and Honda Center! They are an exhibition basketball team that combines athleticism, theater, and comedy. The acts often feature incredible coordination and skillful handling of one or more basketballs, such as passing or juggling balls between players, balancing or spinning balls on their fingertips, and making unusual, difficult shots.

The Globetrotters started in Chicago, Illinois in the 1920s, where a 24-year-old businessman named Abe Saperstein formed a small basketball team called the Savoy Big Five. He was just trying to promote a nightclub called the Savoy Ballroom, but in just a few years the team had played over 1,000 games around the country and become the Harlem Globetrotters.

They decided to pick Harlem as their home city since Harlem was considered the center of African-American culture at the time, and an out-of-town team name would give the team more of a mystique. The Globetrotters were initially a serious competitive team, and despite a flair for entertainment, they would only clown for the audience after establishing a safe lead in the game.

In 1941, the Globetrotters signed Reece “Goose” Tatum, an all-time great who developed amazing comedy moves and changed the direction of the team. By the end of the war the Globetrotters had played an incredible 30,000 games (losing only 2190) and were featured on the cover of Life magazine. Those were remarkable achievements at a time when America was deeply segregated by race. The team toured the world, breaking cultural and social barriers along with basketball records. They were the first team to play basketball in Europe.

The Globetrotters have appeared in their own movies and TV shows and have been seen by hundreds of millions of people in 120 countries. They are simply the most famous basketball team in the world.