You and 800 of your closest space friends are invited to a fabulous party under the Space Shuttle Endeavour with costumes, interesting scientists and engineer hosts who are available to talk to you about anything under the sun, a photo booth, and a cosmic link to all the other Yuri’s Night events around the planet that will be going on that same weekend. 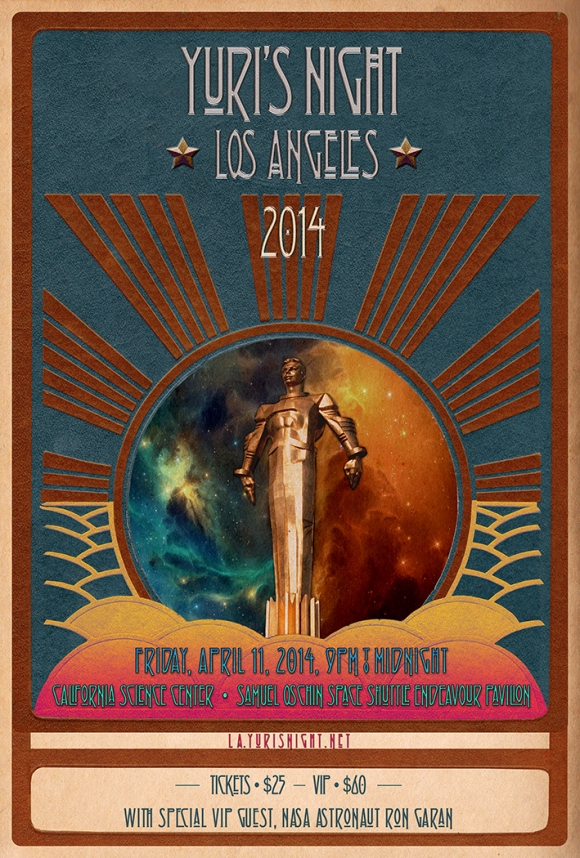 Yuri’s Night  is committed to using space to bring the world together, because they want to give more people access to the magic and wonder of space and because being a part of a community is FUN!

Join for an evening of dancing, drinks, glow sticks, costumes, and all things space. You might bump into an astronaut, rocket scientist or Mars rover mission controller at the party… Space-themed, eco-“Mixology” Cocktails, beer and wine will be available for sale from Akasha Restaurant.

This could be the last Yuri’s Night  under the Space Shuttle Endeavour so be sure not to miss it! Last year’s event SOLD OUT, so be sure to get your tickets early.

Yuri’s Night is a global celebration of humanity’s past, present, and future in space. Parties and events are held around the world every April in commemoration of April 12, 1961, the day of cosmonaut Yuri Gagarin’s first manned spaceflight, and April 12, 1981, the inaugural launch of NASA’s Space Shuttle. 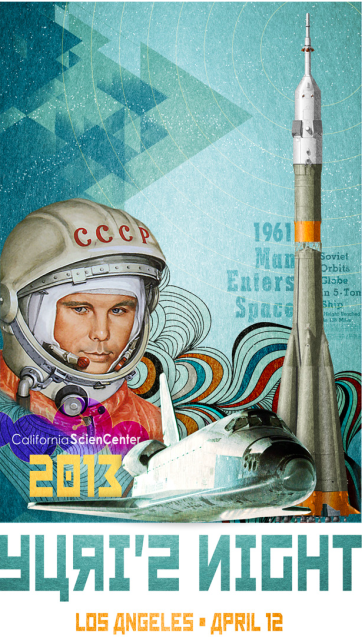 Yuri’s Night events combine space-themed partying with education and outreach. These events can range from an all-night mix of techno and technology at a NASA Center, to a movie showing and stargazing at your local college, to a gathering of friends at a bar or barbecue. 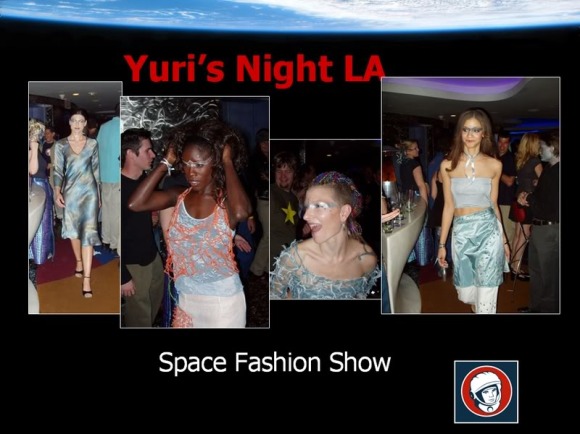 For over 10 years, Yuri’s Night has celebrated achievements with a global space-themed party that transcends nationality and involves hundreds of events in dozens of countries. In 2011, the 50th anniversary of human spaceflight, over 100,000 people attended 567 officially recognized events in 75 countries on all 7 continents, while tens of thousands more watched the 12-hour live Yuri’s Night Global Webcast and participated online in the virtual world of Second Life.

On April 12th, 2013 Yuri’s Night will throw its flagship event under the Space Shuttle Endeavour  at the Samuel Oschin Pavilion at the California Science Center – retired after 25 successful missions serving the International Space Station in its global collaboration for the advancement of humans in space.

In 1961, Russian Cosmonaut Yuri Gagarin shocked the world when he became the first human to orbit the Earth, landing safely in his Vostok-1 Capsule. The space race was in high gear. Twenty years later to the day in 1981, NASA launched the Space Shuttle program’s first orbital flight. They happened on opposite sides of the space race, but they share a date: April 12th.

VIP guest list includes featured speaker former ISS astronaut Garrett Reisman, moonwalker Buzz Aldrin, and a Cosmonaut sent to hang with us by Roscosmos. Planetary Radio and SpaceVidCast will be at the event and the Astronaut DJ will spin some epic tunes!

VIP tickets allow you to join at 8:00 pm for speakers and to rub elbows with VIP guests. Regular tickets let you get there at 9:00 pm and rock the night away with glow sticks, awesome costumes, and more mylar than an interstellar probe! Space is limited (well, not outer space but the pavilion has a capacity limit) and tickets are going fast! To grab your chance at this once in a lifetime event check out the registration.

It’s that time of year again and the World Space Party is back. Yuri’s Night is the largest annual and global celebration of space exploration encompassed by humanity’s past, present, and future in space through scientific and technical achievements. Yuri’s Night parties and events are held around the world in hundreds of cities every April in commemoration of April 12, 1961, the day of Russian Cosmonaut Yuri Gagarin’s first manned spaceflight, and April 12, 1981, the inaugural launch of NASA’s Space Shuttle. Yuri’s Night events combine space-themed partying with education and outreach. This is your chance to be a space cadet without having to leave Earth. 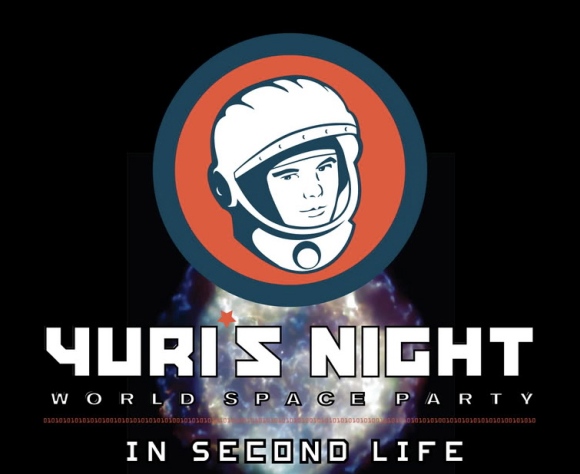 Yuri’s Night draws tens of thousands of space explorers, artists, engineers, musicians, scientists and partygoers from around the world each year. This light year the event will take place at The W Hotel in Hollywood.

Human Spaceflight became a reality 50 years ago with the launch of a bell-shaped capsule called “Vostok 1” on April 12th, 1961. The capsule was carrying Soviet Cosmonaut Yuri Gagarin, who took his place in history as the first human to leave the bounds of Earth and enter outer space.

Exactly 20 years later, the United States embarked on a new era in spaceflight with the inaugural launch of a new type of spaceship — the Space Shuttle (April 12th, 1981). Designed to carry a larger crew and large volumes of cargo to orbit, the Space Shuttles became synonymous with human spaceflight for an entirely new generation of young people.

When the next 20-year point arrived, that generation (often called “Gen X”) laid a new space milestone by connecting thousands of people around the world to celebrate and honor the past, while building a stairway to the future. That event was Yuri’s Night, and it continues to bring the excitement, passion and promise of space travel closer to people of all ages, nationalities and backgrounds.

There will be plenty of dance worthy music, and space inspired cocktails such as the Cosmic Frontier to keep you going all night long. As you mingle with your friends and make new ones along the way, keep your eyes peeled for space industry persons of interest from Virgin Galactic, Space X, NASA, Space Frontier Foundation, and XCOR as well as the original Yuri’s Night founders!

This Yuri’s Night event will boast displays and scale models from their favorite space companies, Space Swag, cosmic drink specials, a sexy souvenir photo booth, a huge array of gorgeous intergalactic projections and their very own esteemed Astro DJ, all packed in a beautiful Hollywood-style setting.

In 2011, the 50th anniversary of human spaceflight, over 100,000 people attended 567 officially-recognized events in 75 countries on all 7 continents, while thousands more watched the 12-hour live Yuri’s Night Global Webcast and participated online in the virtual world of Second Life. This map shows the many different cities that celebrate this event.

This is a free event for all 18 and up, but registration is mandatory and tickets are limited! Be sure to wear your sexiest outfit or your intergalactic best. Remember, you don’t have to be a rocket scientist to be a part of the next phase of human history. To register, click here.

“Circling the Earth in my orbital spaceship I marveled at the beauty of our planet. People of the world, let us safeguard and enhance this beauty — not destroy it!” 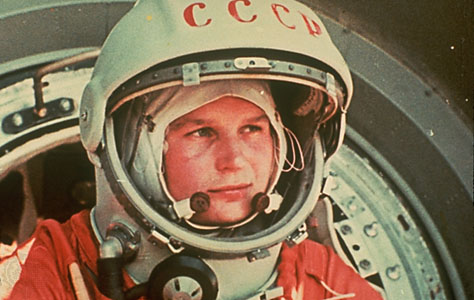